How to configure Creo Parametric to increase performance when working with large assemblies?

​​For large assemblies some config.pro settings is to prefer:

Recommended setting to use is to set config.pro: open_simplified_rep_by_default yes
​​This will prompt the user to choice which representation that should be opened: 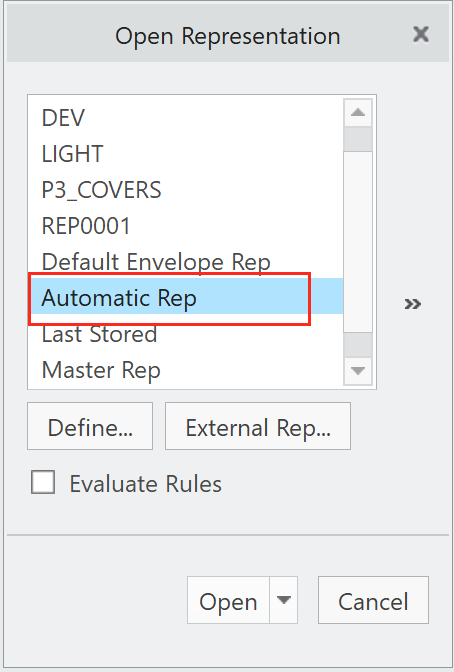